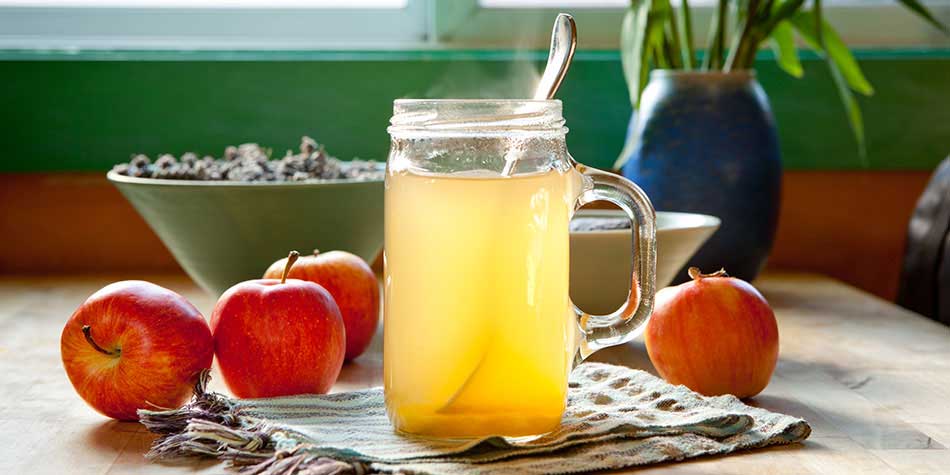 If you spend any time on the internet or social media, you’ve likely run across a health influencer touting the benefits of apple cider vinegar (ACV).

The ACV-obsessed encourage starting the day by drinking a mixture of water and ACV, claiming health benefits that include stabilized blood sugar, weight loss and better digestion, among others. Sounds too good to be true, right? Well, it may be.

We spoke with Miriam Zylberglait, MD, an HCA Healthcare internist and geriatric medicine specialist, to get to the bottom of these supposed health claims so you can decide whether or not you should include ACV in your diet.

What is ACV and where does it come from?

Apple cider vinegar is apple juice that has been fermented. Yeast and bacteria are added, which digests the sugars from apples and converts them into alcohol. Then, that alcohol turns into acetic acid during a second fermentation. You may have heard the term “mother,” which is a mix of the yeast and bacteria which result in the darker particles you see floating about in some ACV bottles. These varieties are considered unfiltered because the “mother” hasn’t been removed.

Before you replace your morning cup of coffee with a daily dose of ACV, here’s what science says about the rumored benefits for certain health conditions. Unfortunately, they have little evidence to support them.

Scientist Otto Warburg is thought to be the person responsible for suggesting that regularly ingesting ACV can make the body’s overall pH (the measure of acidity or alkalinity) more alkaline. He also thought that making the body less acidic can kill cancer cells. This theory was controversial at the time and still lacks research to back it up. In fact, a 2016 systematic study review concluded that there is not enough evidence to support the theory.

Bottom line? The body regulates its pH levels on its own, so the foods you eat probably have little effect, according to the American Institute for Cancer Research.

Despite a few studies in rats that show a diet that incorporates vinegar lowered systolic blood pressure, there have not been any significant human studies that found the same results.

Some say the acid in ACV can actually help digestion because the bacteria in the “mother” contains probiotics. But Zylberglait says ACV can actually make acid reflux worse. “It can increase the acidity and cause more damage, irritating the tissue inside of the stomach and esophagus.”

The reason? When you consume ACV, you may actually create more reflux and have more stomach issues because of the possible effects on gastric motility, the delay on stomach emptying and the acidic nature of the beverage, Zylberglait explains. “In some cases, reflux and other gastric problems are associated with altered motility of the digestive system, meaning that the stomach is working slowly. You’re not appropriately emptying your stomach and that means that the food stays in there longer, causing a fullness sensation and more risk of reflux.”

Some studies do show a slight correlation between apple cider vinegar and better control of blood sugar. One 2018 review looked at clinical trials involving adults with type 1 or type 2 diabetes who were given vinegar orally. The reviewers concluded that ACV did lead to slightly lower HbA1c, the measure of blood sugar levels over several months.

While the numbers slightly improved both after a meal, and 8 to 12 weeks later, they didn’t improve by much. One theory is that the vinegar may thwart blood sugar spikes by blocking the absorption of starches. Vinegar might also slow the digestion of complex carbohydrates, which may be a part of it, too.

Keep in mind that ACV isn’t a treatment for diabetes and it’s important that you don’t overdo it. If you’re insulin-dependent or if you are taking diabetic medications that reduce your glucose levels, vinegar may reduce your blood sugar levels even further, causing risk of hypoglycemia, a dangerous condition that could be fatal, says Zylberglait.

Once again, there’s no clinical proof that ACV can cure any infection. If you have one, see your doctor. A 2018 study demonstrated that diluted ACV may prevent the growth of the bacteria E.coli, Staphylococcus aureus (staph) and Candida albicans (yeast) growing in a petri dish. But a petri dish is much different than a person, so the results may not be comparable.

While a few studies show a correlation between drinking ACV and weight loss, the research is still limited — and not many studies have been conducted in people.

In a 2018 small, randomized clinical trial published in the Journal of Functional Food, half of participants drank one tablespoon of ACV with both lunch and dinner for 12 weeks. The rest of the participants didn’t receive ACV. In addition to incorporating ACV, the participants also restricted their calorie intake and exercised. Those who drank the ACV lost an average of 8.8 pounds, while those who didn’t, lost an average of 5. However, since participants were on a calorie restricted diet and exercised regularly, ACV alone may not have had much of an effect.

Other risks to consider

For most people, consuming small amounts of apple cider vinegar is safe, but there are some people who should be careful. Those with kidney disease may have a hard time processing the extra acid.

Some ACV options are considered unpasteurized because they haven’t been heated to 140 degrees Fahrenheit to kill any remaining bacteria and yeast. People who are pregnant or have weakened immune systems should always steer clear of unpasteurized foods and beverages, since there is a chance they could contain harmful bacteria like listeria. Check the labels on the bottle if you’re unsure.

If you’re taking diuretics, you may want to speak with your doctor before incorporating ACV in your diet. “The purpose of water pills, or diuretics, is to help your body clean out fluids, but when you eliminate fluids, you also eliminate some electrolytes that you have in your body like potassium that are important for your body” says Zylberglait. “Apple cider vinegar may reduce the level of potassium in your body, so if you’re using both, you may have low potassium levels, which can negatively affect how your heart and muscles function.”

Be mindful if you’re taking certain heart medications as well, specifically those for arrhythmia. “Again, because of the fluctuating potassium levels, you may increase your risk of arrhythmia, and this could have serious consequences as cardiac infarcts, strokes or death,” notes Zylberglait.

If you want to begin consuming ACV daily, first speak to your doctor to learn how your medications or health conditions could be affected.

How to incorporate ACV into a healthy diet

In general, ACV won’t work any miracles. It should never replace medical treatment. You’re better off sticking with healthy habits to prevent or manage these conditions, like eating a well-balanced diet, maintaining a healthy weight, exercising and staying up-to-date on screenings — and always talk to your doctor if you’re concerned about your symptoms.

However, a small amount of ACV may be okay for some people and can add calorie-free (or virtually calorie-free!) flavor to your diet. When using ACV in a daily drink, it’s best to dilute it, since the acid in the vinegar can damage your tooth enamel. The ratio should be 1 teaspoon of vinegar to 8 ounces of water or other liquid. Better yet, try splashing your salad with vinegar and olive oil, rather than a creamy dressing high in sugar, salt and fat.

Remember that ACV can’t erase the effects of unhealthy eating or chronic conditions. “With larger, longer-term studies, we may discover that ACV is really beneficial, but at this point it’s hard to say,” says Zylberglait. “I’m not against incorporating apple cider vinegar into your diet, but as far as using it as medication, we don't have enough information to do that.”

How to avoid germs throughout the day

September 16, 2019
Germs are everywhere. Not all of them are harmful but some viruses, bacteria and other microbes can make you sick. Here’s how you can avoid infection...
Previous Post

Should you wash your legs? Plus 6 other showering...

August 26, 2019
Do you wash your legs? A recent Twitter debate shows some do and some don't. We spoke with a dermatologist to learn the proper way to shower,...
Next Post
Back to blog home

5 sugar-free ways to make your food (and life) sweeter

Protecting Your Health from Air Pollution

Millennials’ Odds for Depression Rise with Social Media Use

Could I Have an Ulcer and Not Know It?

The Right Way to Treat a Sinus Infection